Why Should You Visit a Nondenominational Church?

A Foundation of Bible Principles

Nondenominational churches usually believe that the Bible should be the leading doctrine and authority to be taught from. Many religions around the world have moved on from the Bible to teach their religion's interpretations of what is being discussed. For example, instead of teaching the story of Jesus feeding the multitude on some bread and a few fishes, specific religions may teach on the need to serve or love others. Instead of the actual story being taught, specific denominations teach on interpretations of the story. Non-denominational churches usually focus on the actual doctrine.

The Freedom to Adapt

One of the main things that attract people to non-denominational churches is the fact that they are not bogged down by a lot of tradition or habit. These churches have the freedom to adapt to the times or the needs of their specific congregations. For example, many religions used to say that homosexuality was a sin. With the changing demographic in the world, some religions found it difficult to simply change their doctrine without looking hypocritical. However, non-denominational churches were able to easily alter their doctrine to accept people of all genders, orientations, and backgrounds easily. Not ascribing to one specific religion allows non-denominational churches to take the best from every religion while leaving behind the things that are hard to understand or live by.

In conclusion, no matter what you believe or where your religious roots come from, you will likely find acceptance and peace at a non-denominational church near you. According to certain studies, practicing a religion is good for your mental and emotional health. If you cannot decide on a particular religion, that is fine: go to a non-denominational church in order to still reap the benefits from nourishing your soul.

Read in about 2 Minutes 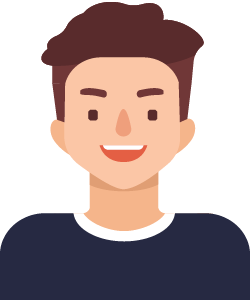 If you ask people why they hold the spiritual or religious beliefs that they do, they will often reply that their beliefs help them feel grounded. There's a lot to that. Feeling grounded can give you a sturdy platform off of which you can launch your life. Obviously, there are many different religious traditions and spiritual practices, and we are not here to tell anyone whether their own is right or wrong. There are plenty of other people and places who will do that! This blog is just a place for us to post about religion and spirituality in a friendly, non-judgmental way.